Ignorance and shame have plagued the clitoris for all of history. Human biology lessons at school focused on reproduction and periods.  I don’t recall ever being taught about the clitoris or certainly no emphasis was placed on it.  It is situated just above the urethra and vaginal opening and part of the vulva – the name encompassing the whole of the external genitals. ‘Vagina’ is a Latin word meaning ‘sword holder’ and medically only describes the opening.

From the Greek ‘Kleitoris’ meaning ‘Little Hill’, over the centuries the clitoris has also been known as ‘Little Bell’, ‘Electric Bell’ and ‘The Devils Teat’, as in the 1500’s the Catholic Inquisitor ascertained that Lucifer himself suckled from it.

The anatomy professor Matteo Realdo Colombo described the clitoris as the ‘seat of pleasure of a woman’ and said it was similar to the penis and should be called ‘the sweetness of Venus’.

Another leading anatomist at the time dismissed the clitoris as an organ, saying he had never ‘once seen in any woman a penis… or even the rudiments of a tiny phallus’.

This latter thought was grounded in the theory that the Greeks and Romans had, that viewed the male body as the perfect human model, and so the vagina was the opposite to the penis. So, as the male body had no equivalent to the clitoris, it was dismissed.

It was not until 1671 when a midwife Jane Sharp published a manual where she described how the clitoris stretches ‘when the spirits come into it’…and ‘makes women lustful and take delight in copulation.. (without which) ‘they would have no desire’.  At that time there was a commonly held view again rooted in Greek theory, that a male and female orgasm was essential for conception. Sharp agreed but said that penetration alone was not enough to bring about a woman’s orgasm and the clitoris was key.

Even this week in one of my Facebook groups someone posted that they ‘can only have orgasm with clitoral stimulation’ as if this is a lesser orgasm.  Sigmund Freud perpetuated this myth in the 1900’s saying that only girls played with their clitorises whereas mature women had vaginal orgasms.  And horrifyingly he also said that women were mentally ill and needed treatment if they could not achieve vaginal orgasms. Princess Marie Bonaparte, Napoleon’s Great Grand Niece, did research and concluded that only women whose clitoris was 2.5 cm from the vagina could reach orgasm from penetration and decided to have it surgically moved.  Unsurprisingly, the surgery (which she had done twice – ouch!!) did not work.

At the time, there was no understanding on just how deep the clitoris reached into the pelvis. So Princess Bonaparte, believing Freud’s theory, concluded that it was all in her head.   When her family fled to Eqypt after the German invasion of France she continued interviewing women who had undergone what we now know as female genital mutilation.  FGM (also known as circumcision or cutting) is thought to have its roots predating Islam and was designed to suppress sexual drive in women, making them clean and pure for their husbands.

Even now some statistics suggest that 140 million women have had their clitoris cut off. It is usually carried out on girls up to the age of 15.   It is important to stress that FGM shouldn’t be compared to male circumcision.  Sexual pleasure is inhibited with FGM, but not in male circumcision. FGM can lead to severe bleeding, pain, complete loss of sensitivity, complications during childbirth, infertility, severe pain during sex, recurring infections and urine retention. And in some cases it is lethal. FGM became illegal in the UK in 1985 and is classed as child abuse.  Religious leaders now stress that nowhere in religious texts does it say that FGM should be performed.  FGM is a sensitive issue, and its discussion is discouraged in some parts of society.  But young people should be made aware of the physical and mental health implications of FGM, and be given support to report any suspicion of it being carried out.  Links to support are available at the end of this article.

Dr Charles Mayo Goss even removed the clitoris from the 25th Edition of Grays Anatomy in 1947. And Art has traditionally ignored the clitoris.

Until recently the clitoris was only thought to consist of the ‘glans clitoris’– the visible part covered by the clitoral hood. It wasn’t until 1998 when urologist Helen O’Connell did MRI scans on aroused women for the full extent of the clitoris to become clear. The visible clitoris is the tip of the iceberg as O’Connell discovered a large structure hidden beneath the surface.  Characterized by spongy erect tissue like the penis, there are ‘arms’ that come down from the clitoral head and run for approximately 10cm either side of the vagina. And there are another 2 wings that flare out into the pelvis from the clitoral hood.

Having looked at pictures of the whole clitoris, I can see the similarity with the male penis and testicles. It’s not that surprising since all foetuses have the same erectile tissue until around 10 weeks, at which point sex is determines and either a penis and testicles, or clitoris and vagina, is formed.

The clitoris has been found to have 8,000 nerve endings – more than twice what the penis has and most are located in the glans.  Recent studies suggest that vaginal orgasm through what has been called G spot stimulation is actually due to clitoral stimulation.

It is normal for girls to be taught that sex hurts, that sex is about vaginal intercourse and that if you cannot orgasm from vaginal penetration then you are lacking something.  We need to change these misconceptions.

In recent years moves have been made to revise textbooks to show the full wonderous structure of the clitoris.  And websites such as OMGYes are creating a better understanding of the clitoris and female orgasm.  In the birth work area there are also discussions about female orgasm during labour for pain relief and even the concept that birth can be orgasmic.

Regular orgasms strengthen the immune system, are good for the heart and sleep, help you look younger and of course reduce stress.

There are of course many reasons why women have difficulty orgasming. Some are physical, like the fusing of lichen sclerosus. Low libido can also be caused by hormone issues and what’s going on in our heads.  The women having regular orgasms reported that this was due to more oral sex, more clitoral stimulation, longer lasting sex, new positions and their last encounter including deep kissing, as well as asking for what they wanted.

The clitoris is phenomenal. So let’s stop chasing vaginal orgasms, ensure we are respected and communicate with our partners about our needs and put the clitoris on centre stage of our bedrooms. After being shamed, denied, ignored, scorned and cut off let’s celebrate our clits. They really do deserve it.

I would love to hear from you about your thoughts on the clitoris, orgasms and what makes sex great.

Becca is a homeopath and reflexologist specialist in gynaecological health available at www.healing-space.co.uk and www.formulahealth.co.uk 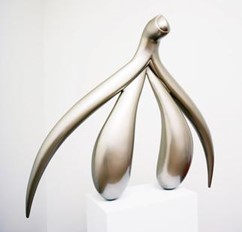 This article was first published June 1st 2021 in the This is Me, Well Woman Magazine online available at: https://issuu.com/theforwardthinkingtherapist/docs/june_2021_launch_issue